Stepping on the gas together for the 2020 Olympics 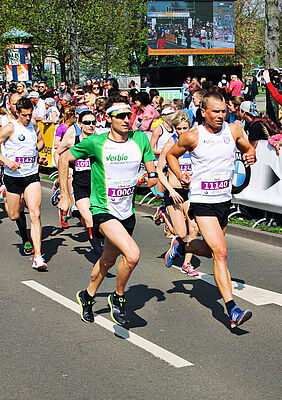 Leipzig, April 10, 2017. As the current world and European champion, and a gold medal winner at the 2016 Paralympics in Rio, triathlete Martin Schulz from Leipzig is a successful sportsman and a determined competitor. Despite his physical disability, he is disciplined and ambitious in pursuing his sporting objectives. He not only aims to set new personal bests in various regional, national and international competitions, he also has a clear, long-term goal: “I aim to take part in the 2020 Paralympics in Tokyo and defend my paratriathlon gold medal,” he says.

To help meet this objective, the 27-year-old has now secured the support of VERBIO Vereinigten BioEnergie AG. The biofuels company has agreed a four-year sponsorship deal with Martin Schulz, and will help and support the Leipzig sportsman from 2017 to 2020.

“This determined and likeable sportsman is the perfect fit for VERBIO. Just like us, he has set himself ambitious goals in difficult circumstances, and he is mastering the challenges along the way bravely and with great determination. So we will be stepping on the gas together up to 2020,” said Claus Sauter, Chairman of the VERBIO AG Management Board. Many of Germany’s top athletes depend on additional sponsorship to top up government support programmes. These include the provision of employment opportunities which are tailored to the individual’s sporting requirements, as well as monetary and material support to ensure that the required equipment and training opportunities are available.

Martin Schulz was in the starting line-up in last Sunday’s Leipzig Marathon event, wearing his new VERBIO vest and with the backing of his new partner. He competed in the 10km run, finishing in fourth place with a time of 34 minutes and 51 seconds – a very successful start to the new season.

We would like to use additional technologies for a better user experience and the evaluation of online activities. You decide which of these technologies can be used and which data can be processed. You can change your selection at any time under "Cookie settings". Thanks for your support.